Tarzana is a neighbourhood in the San Fernando Valley region of Los Angeles, California. It is a low-key suburban neighbourhood consisting of different kinds of residential homes, commercial properties, and various kinds of amenities. The area was named in honor of Edgar Rice Burroughs, a former ranch owner and creator of the children’s storybook hero, Tarzan, thus giving the neighborhood its distinctive name. Tarzana is nestled between the towns of Woodland Hills, Reseda, and Encino, and sits just north of Topanga State Park.

In short, it is a place that has a bit of everything that you need to lead a good, healthy, and beautiful life. Thus, when searching for homes for sale, Tarzana makes a good choice to make a head start. We are your local realtor in Tarzana with who you can connect anytime to check out different properties for sale in the region.

Gitta Van Bennekom is a licensed professional real estate agent known for higher client satisfaction and high-quality services. We have strengthened ourselves with a dedicated and passionate team of real estate salespersons and local realtors. They have the zeal that it takes to understand the unique needs of our clients and provide them with the right options of homes for sale.

Since we operate locally and are an MLS realtor, you will find all the best deals on properties for sale in Tarzana with us. We are not those tricky realtors who want to hurry you into making a wrong decision just to close a deal. We are trustworthy and ethical professional real estate agents who want to make sure that you are happy and satisfied with the deal. If you have even a little bit of concern, we take note of that and ensure that you invest in only that home where you can imagine a beautiful life.

So, whenever you need to find a realtor, just call us. Our real estate salesperson will connect with you and discuss your requirements and preferences. Once we know the details of what kind of home you are looking for, we shortlist the best homes for sale in Tarzana. Then, our local realtor shares the list with you and schedules the visitations to homes at the agreed time.

We always encourage our clients to check the properties for sale in person to get a clear idea. Only when you feel that you have found a home where you can create beautiful moments and an amazing life together, we proceed with the deal ahead.

Being a professional real estate agent and MLS realtor in Tarzana, we take care of everything right from asking the right questions to figure out which kind of home you desire to finding homes for sale with similar attributes to finalizing the deal and completing documentation.

More of my current listing 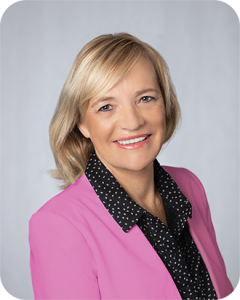 The area was occupied by Spanish settlers in 1979 who established San Fernando Mission. Subsequently, the area was absorbed by Mexico, and later by Treaty of Guadalupe Hidalgo following the Mexican-American War was grabbed by the United States in 1848. It then evolved into a series of large cattle ranches under US rule and in the 1870s, large wheat farm operations were started on it.

The Los Angeles Suburban Homes Company purchased the land in 1909 and then in early 1919, Edgar Rice Burroughs arrived in California with his family. He was popular those days for his Tarzan novels. On March 1, Burroughs purchased Otis’s tact and established the Tarzana Ranch.

Be ready to experience the hot-summer Mediterranean climate in Tarzana. Its inland location ensures a higher degree of diurnal temperature variation than more coastal areas of Los Angeles. Contact Tarzana real estate salesperson to find a suitable home or property for sale in the area.

The area is among the lowest population densities in the city. There are 4,038 people living per square mile of the area. In 2000, it was counted to be 35,502 people living in Tarzana and in 2008 Los Angeles estimated the neighborhood population to be 37,778.

The racial makeup of the area –

The Tarzana Recreation Center is one of the parks in the city with major attractions. It has a capacity of 600 people and the park has barbecue pits, an alighted baseball diamond, a children’s play area, lighted outdoor basketball courts, an indoor gymnasium, picnic tables, and lighted volleyball courts.

It is high time to check houses for sale and buy a suitable property in the area with the assistance of Tarzana local realtors like us! As the Tarzana MLS real estate agent, I ‘Gitta Van Bennekom’ guarantee you the best property or home in the beautiful land of Tarzana.